Stretch film/wrap, also commonly known as pallet stretch is commonly used to secure products in place on a pallet. They help to reduce product loss, worker injury and also discourages load tampering. Our stretch film/wrap can be manufactured to a variety or widths, thicknesses and types of stretch film.

There are two types of stretch film: blown and cast. While both of them can be used to serve the same purpose, knowing the differences between them can help you to identify which is the best option for your use case.

The names cast and blown refer to how the film is manufactured or produced. As the name suggests, blown stretch film is extruded just like normal PE films. The resin is heated and forced through a circular die and then blown out vertically into a bubble. This bubble is then cooled by the surrounding air as it is transformed to rolls of stretch film.

Cast stretch film involves resin being heated just as it would with blown however, rather than being fed through a circular die, it is fed through a narrow slotted die. This produces a “sheet” of film rather than a bubble (as with blown). The film is then cooled along a rolling path which solidifies the film before being transformed into rolls.

The differences between the two goes beyond the manufacturing, however. Blown and cast stretch film possess different properties which we have summarised in the table below:

film possess different properties which we have summarised in the table below: 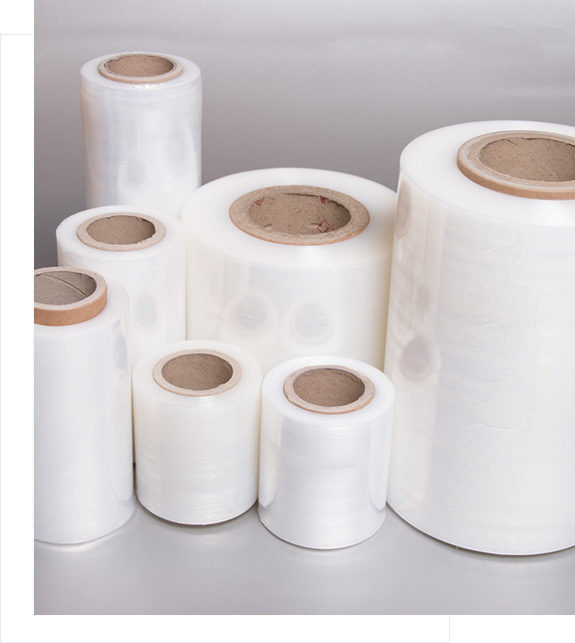 Knowing how the two types of stretch film differ in their properties is most crucial when deciding which is best for your use case however, there’s also the issue of cost. If your use case does not require the strength and the film memory that blown stretch film possesses, you can save costs with cast stretch.

Due to the cast manufacturing process, more film can be produced per man hour making it a cheaper solution for most. Not to mention, cast does provide some benefits over blown stretch i.e. greater film clarity and its quietness when being used. However, sometimes you might require the strength and puncture resistance that blown stretch provides. In such cases, the extra cost might be worth it to avoid the loss of goods.

Have more questions about our stretch film? Don’t hesitate to contact us!