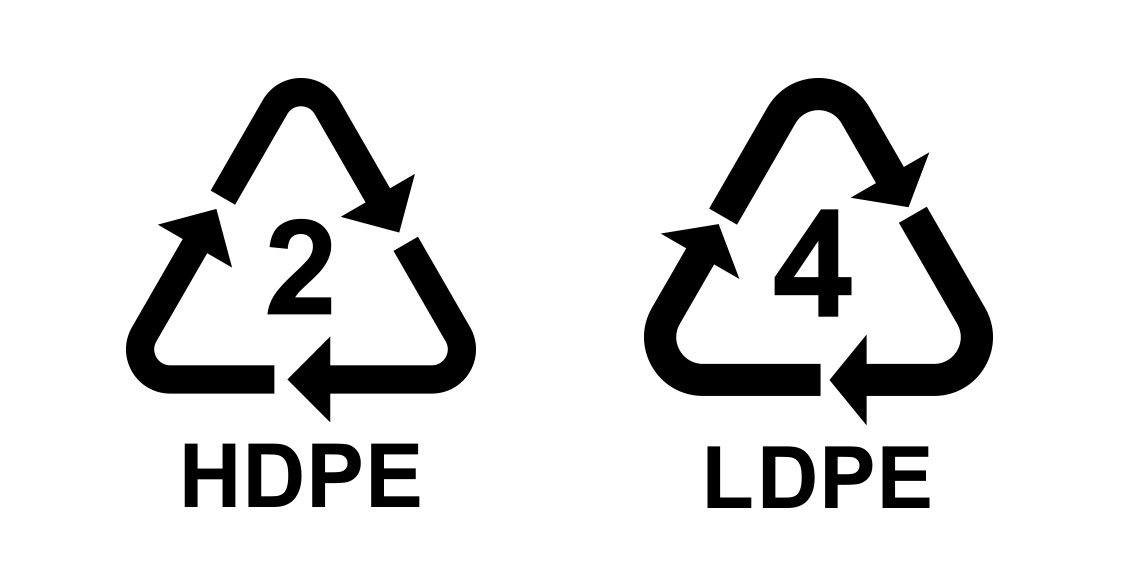 Before getting into the differences between Low-Density Polyethylene (LDPE) and High-Density Polyethylene (HDPE) we need to understand what polyethylene (PE) is. Both LDPE and HDPE are derived from PE which is the most widely used plastic, from supermarket bags to bulletproof vests. PE is created by polymerising ethylene (a chemical process to form polymer chains). This can be done in different ways to produce LDPE and HDPE; the difference between them being their molecular structures.

During the polymerisation process, the molecular chains of the polymer can be produced to have short or long branching. The differences in the amount/length of branching determines the density of the polymer. LDPE possesses more (compared to HDPE) short- and long-chain branching which results in its lower density. HDPE as the name suggests, has a higher density as a result of minimal branching of the polymer chain.

For example, LDPE is widely used in construction, agriculture and surface protection applications as a type of cover or tarp. Due to its flexibility, it conforms to a variety of surfaces making it suitable for those applications. However, it is not nearly as puncture resistant as HDPE due to its lower density.

HDPE on the other hand, is tougher, more chemical resistant and less flexible than LDPE making it suitable for applications such as large ponds or containment liners where chemical resistance is required. They can be manufactured to be thick and highly puncture resistant. Another benefit can also be its UV resistance. Due to its high density, it is naturally UV resistant compared to LDPE without the need for additional UV stabiliser additives.

To understand a few differences between the two polymers, see the table below:

If you’re unsure of which is best for your use case, that’s okay! Feel free to contact us and we can help you figure out what’s best depending on your needs.